During a time of racial discrimination and segregation, an exceptional US Navy Sailor broke through racial barriers and accomplished something remarkable. In March of 1944, Charles Byrd Lear became the US Navy’s first African American Warrant Officer. The transition to the Warrant ranks was not easy, but Warrant Officer Lear would persevere and lead the way for others to follow.

Charles enlisted in the Navy as a Boatswain’s Mate. He can be seen here as a Petty Officer First Class. He is in the front row, left side. He was remembered for his military bearing and leadership. 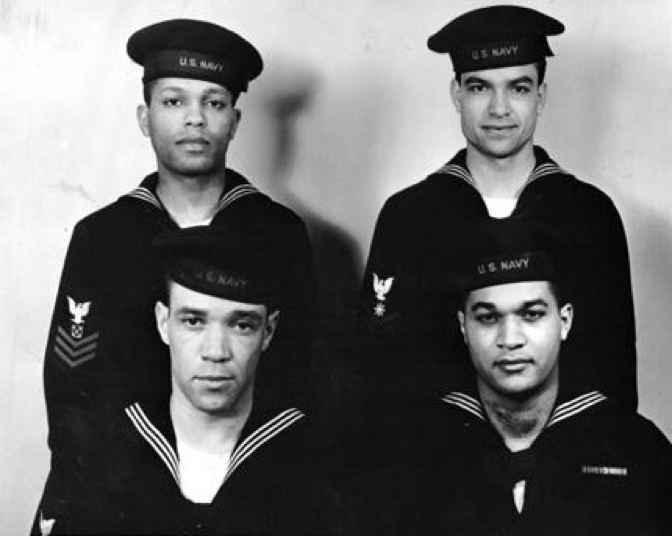 Prior to March 1944, over 100,000 African Americans were serving in the US Navy but none of them were officers. In response to growing pressure from American civil rights organizations, the Secretary of the Navy agreed to appoint African Americans as Officers in 1944. A total of 16 sailors were chosen to compete for appointments at a special convening of Officer Candidate School (OCS). Of those selected, Charles Lear was the only person without any college (Stillwell & Powell, 2003). Of the 16, 12 were appointed to Ensign, Charles Lear was appointed to Warrant Officer, and 3 did not make the cut. The following are class pictures of these officers, Warrant Officer Lear is easily distinguishable from the differences in his uniform. 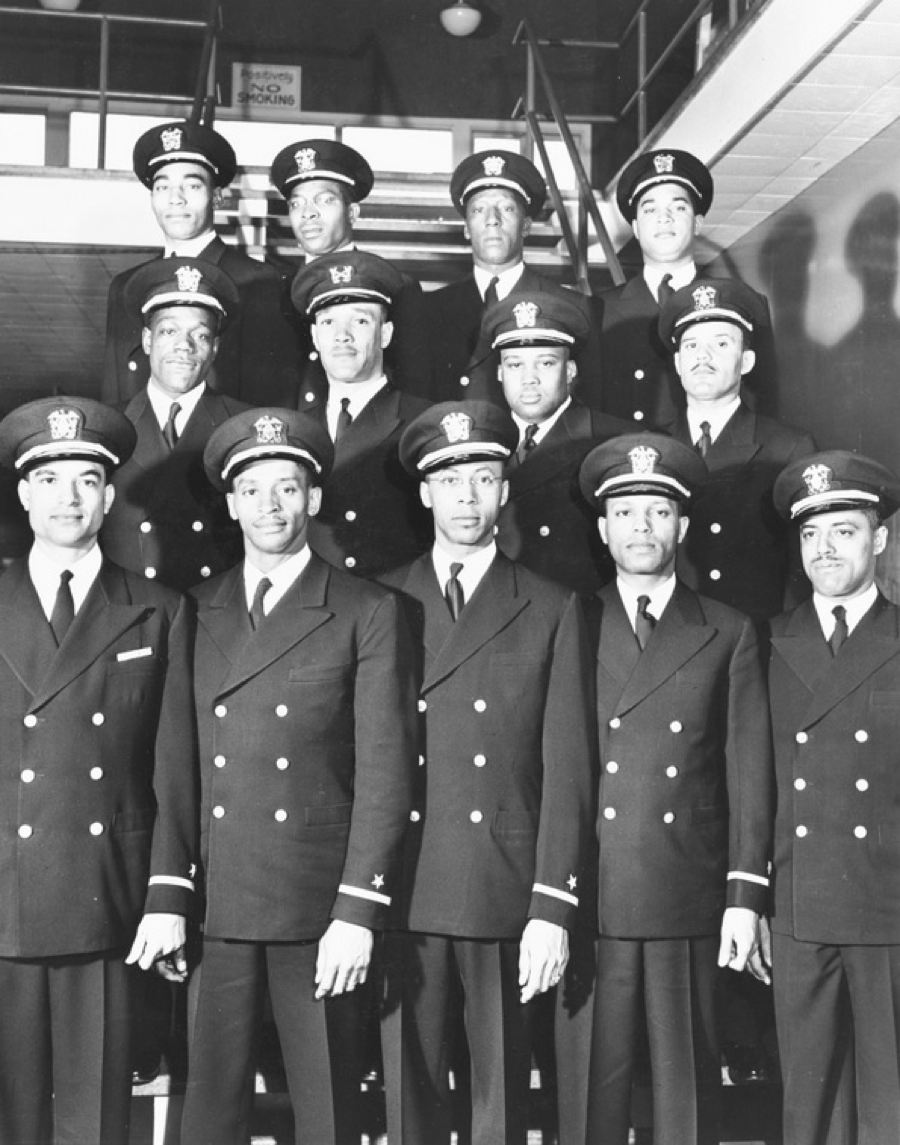 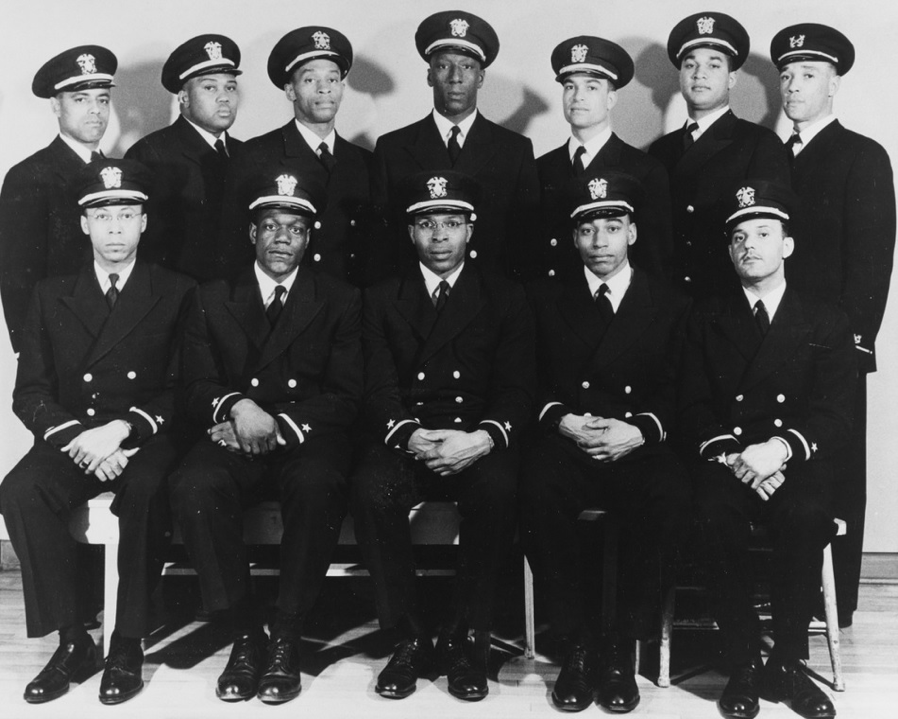 As you’d probably expect, these 13 Officers were not treated well and they were not given favorable assignments. “They were often denied the privileges and respect routinely accorded white naval officers and were given menial assignments (African American Registry, 2017).” One could only imagine their struggles. In Great Lakes, they were prohibited from the Officer’s Club (Stillwell & Powell, 2003). Despite the hardship, they prevailed. They would become advisors and role models to African American Sailors (Stillwell & Powell, 2003). Now, the internet is abundant of stories about the perseverance, leadership, and influence these exceptional Officers had on their Navy and their Sailors. 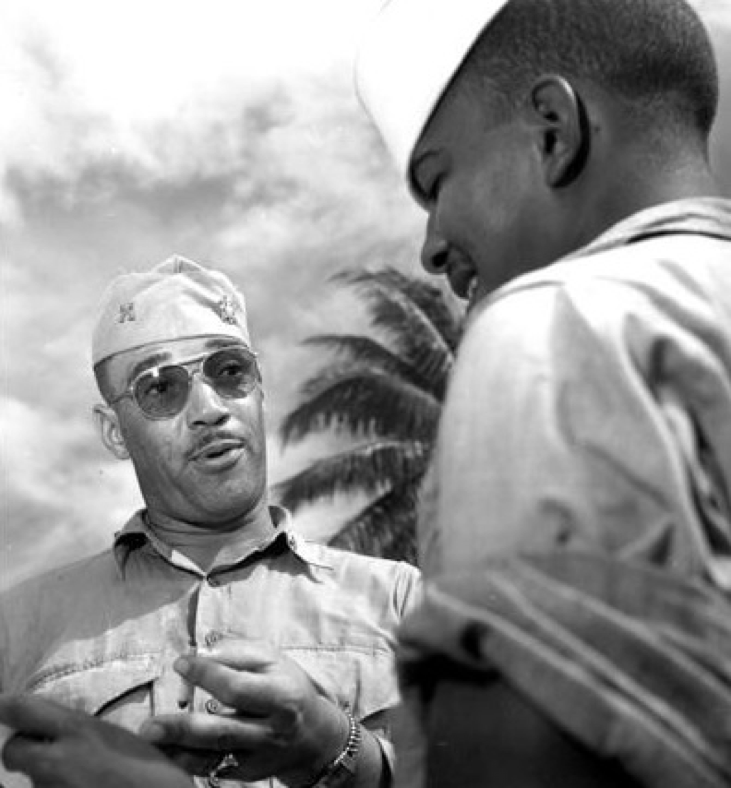 Unfortunately, not all stories have a happy ending. Shortly after separating from the Navy, Warrant Officer Lear took his own life. One of his friends from his OCS class said:

I saw Charles the day of the night he killed himself. I think he was unhappy over the fact that he was no longer in the Navy, and he was feeling uneasy he hadn’t picked up a job yet. I assured him that a man of his talents could certainly get one because he had what the world needs. I think he made mention of perhaps going back in the Navy. As I remember, he was a farm boy from Iowa, and he probably never had a chance to command people before. As he looked at returning to civilian life, he couldn’t see himself having the kind of power he had in the Navy, nor that kind of status either (Stillwell & Powell, 2003).

After a few decades, these 13 heroes would later be referred to as the Golden Thirteen. Their legacy of excellence would eventually be recognized through the dedication of a building in their honor at Great Lakes Naval Training Command, Illinois. In 1987, the newly completed boot camp processing building was named, Golden 13 Recruit Inprocessing Center. The follow are pictures of this building today. 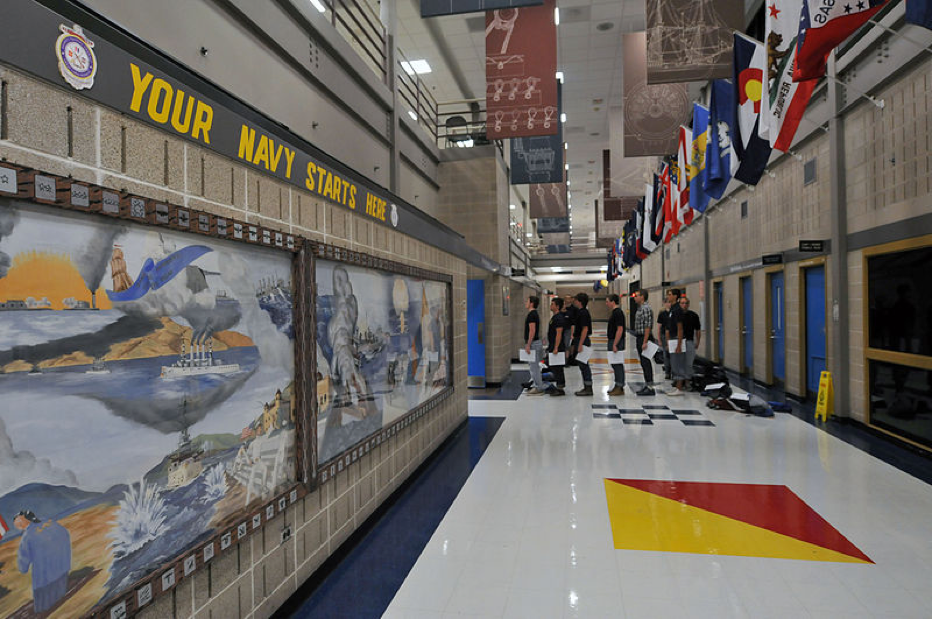 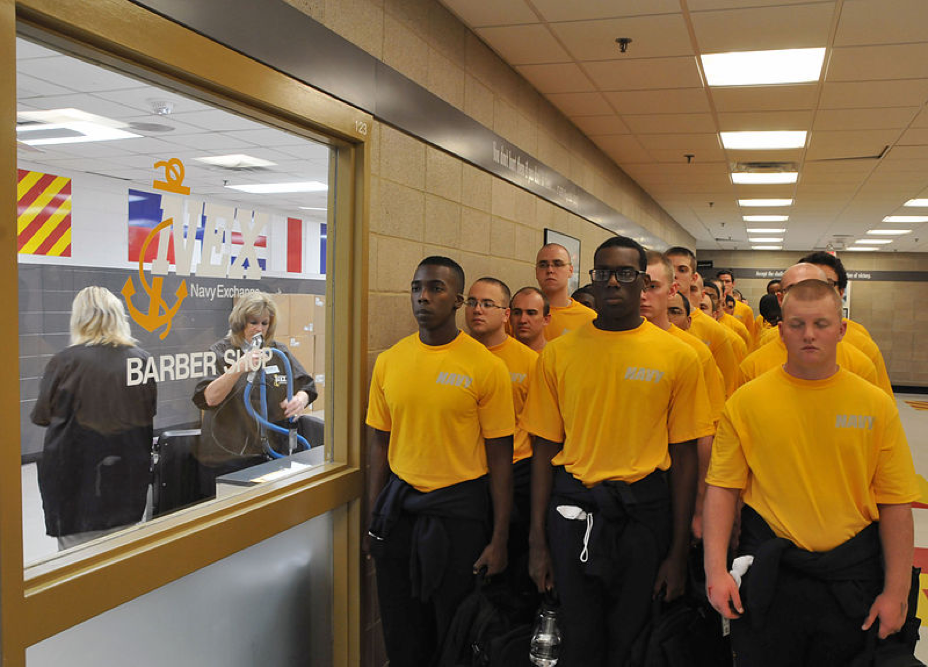 The Navy has come a long way. The current Navy is very proactive at attracting, developing, and retaining a highly-quality, diverse workforce that values a culture of inclusion. It’s a Navy we can truly be proud of and it exists today because of heroes such as Warrant Officer Lear and the Golden Thirteen. Hooyah, Warrant Officer Lear!